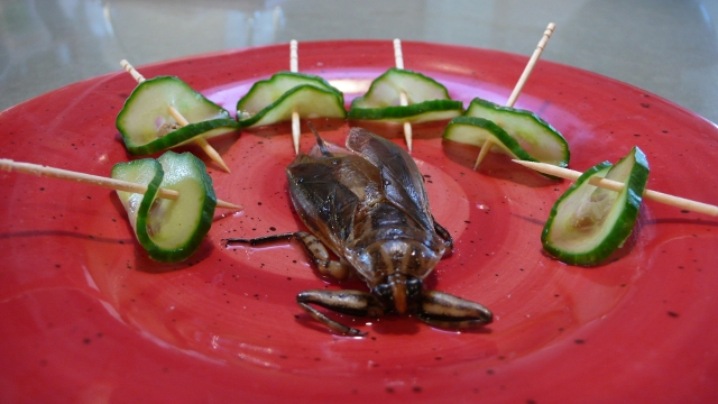 When I told my wife and family that I was going to be eating insects as part of a story I was preparing for the PBS NewsHour, the universal response was “yuck” and “ugh.”

And even after I came back and told them that the bugs were crunchy and pretty good, they still made contorted faces and shook their heads. Adding the fact that 80 percent of the world’s population eats insects as a regular part of their diet didn’t seem to make an impression. And neither did the fact that they contain lots of protein and hardly any fat. Americans’ antipathy to bugs as food is well-entrenched.

Yet a fledgling movement is encouraging us to cultivate, harvest, cook and eat insects, partly as a way to save the world. Edible-insect advocates have set up food carts in San Francisco, conferences in Rome and food fairs in Bozeman, Mont., to promote the idea that insects can help solve food and protein shortages and reduce the huge, expensive efforts to grow beef and pork. Insects, they point out, are much easier to grow than large animals.