How Insects Could Feed the Food Industry of Tomorrow 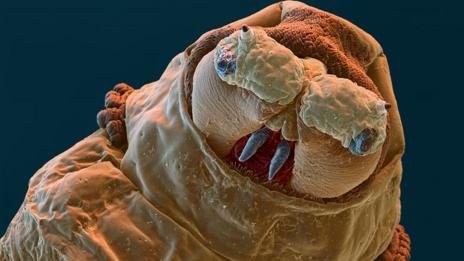 Millions of maggots squirm over blackened pieces of fruit and bloody lumps of fetid flesh. A pungent stench of festering decay hovers over giant vats of writhing, feasting larvae. It’s more than enough to put most people off their lunch. Yet these juvenile flies could soon be just one step in the food chain away from your dinner plate.

Such nausea-inducing scenes are daily occurrences at a test site owned by AgriProtein, a South African company which began building what it says will be the world’s largest fly farm a few weeks ago. Others in the US, France, Canada and the Netherlands are also gearing up for large-scale farming of insects to feed chicken, pigs and farmed fish.

Hundreds of people attended the Insects to Feed the World conference in Wageningen in the Netherlands earlier this month. Many of them are convinced that bugs can provide a sustainable alternative to more conventional but increasingly expensive cereals, fishmeal and soybeans.

While it may be normal for chickens scratching around a farmyard to gobble up grubs and bugs, until now no-one has taken it to an industrial scale or fed insects to animals that eat other foods in the wild. So can consumers stomach the idea of tucking into smoked salmon, chicken burgers and pork chops that come from maggot-fed animals?