Is the US ready to stomach eating bugs? 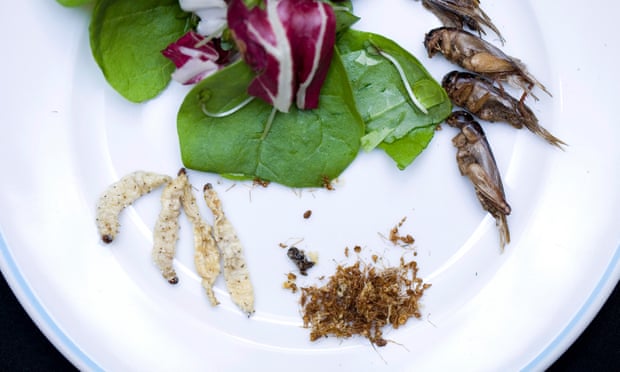 Bugs are a greener alternative source of protein, but US consumers are still grossed out by eating crickets. Will companies be able to make insect farming viable?

Chapul, Exo and Jungle – three protein bars making their way to supermarket shelves – have one thing in common: crickets. All three include cricket flour, which is touted by their manufacturers as an environmentally friendly alternative to milk or soy protein.

Insects offer a complete protein and a rich source of vitamins, minerals, fat and fiber, and they require less space and water to grow than traditional livestock, such as cows and chickens. They also produce less ammonia and fewer greenhouse gases and can feed on a variety of organic matter, including food waste.

Farmed bugs can also offer a small business opportunity, but current US regulation of insect products is murky. So companies face a twofold challenge: convincing people it’s OK to eat bugs while also trying to find a legal way to produce edible critters.

The United Nations Food and Agriculture Organization sees insects as a potential low-impact source of protein for a food insecure world, which is expected to reach a population of 9 billion by 2050. A key technical hurdle remains in bringing bugs to the table, however: overcoming disgust.

READ THE FULL ARTICLE ON THE GUARDIAN