Los Angeles is the chapulin capital of the U.S. 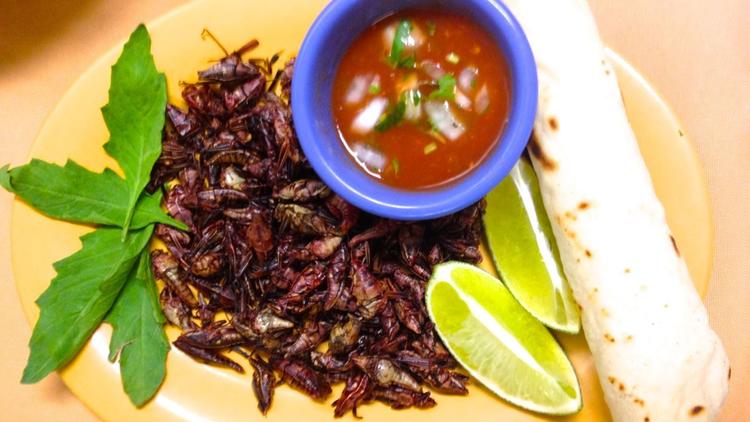 Los Angeles is the chapulin capital of the United States, and it may be time to reconsider the gourmet insect’s crunchy, earthy appeal. It’s widely known that the grasshopper – among many other edible bugs – is a staple for many international cultures, and quite possibly the most sustainable one at that. But in this city known as a Oaxacans’ home away from home, the seasonal southern Mexican delicacy — only available fresh during summer’s “tiempos de agua” rainy months among the alfalfa fields in Mexico — are as easy to find as a good mole.

These summer specimens are considered to be the best for their consistently uniform small size, making it easier to eat them — and their hook-shaped extremities. Any other time of year you see them on menus, they are most likely either sun-dried or are the slightly less desirable medium-sized variety that are more leathery. The latter are somewhat more discomfiting to eat. Here are five places to get your worldly protein fix, including in a mezcal cocktail made with it for beginners. Just think of them as the missing link in the protein world, not as fatty as meats and seafood, and not as caloric as nuts. As for the flavor, imagine a savory raisin. Enjoy.

READ THE FULL ARTICLE ON THE LA TIMES