The Six-Legged Meat of the Future 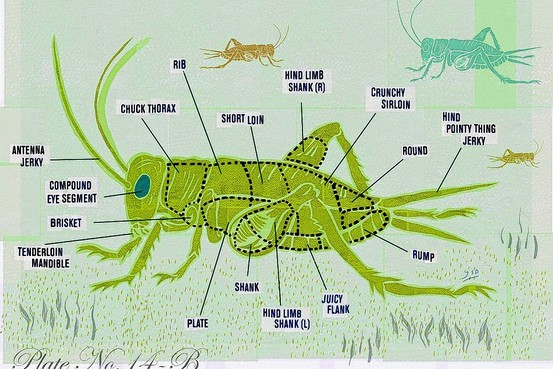 Insects are nutritious and easy to raise without harming the environment. They also have a nice nutty taste

Could beetles, dragonfly larvae and water bug caviar be the meat of the future? As the global population booms and demand strains the world’s supply of meat, there’s a growing need for alternate animal proteins. Insects are high in protein, B vitamins and minerals like iron and zinc, and they’re low in fat. Insects are easier to raise than livestock, and they produce less waste. Insects are abundant. Of all the known animal species, 80% walk on six legs; over 1,000 edible species have been identified. And the taste? It’s often described as “nutty.”

The vast majority of the developing world already eats insects. In Laos and Thailand, weaver-ant pupae are a highly prized and nutritious delicacy. They are prepared with shallots, lettuce, chilies, lime and spices and served with sticky rice. Further back in history, the ancient Romans considered beetle larvae to be gourmet fare, and the Old Testament mentions eating crickets and grasshoppers. In the 20th century, the Japanese emperor Hirohito’s favorite meal was a mixture of cooked rice, canned wasps (including larvae, pupae and adults), soy sauce and sugar.

READ THE FULL ARTICLE ON THE WALL STREET JOURNAL