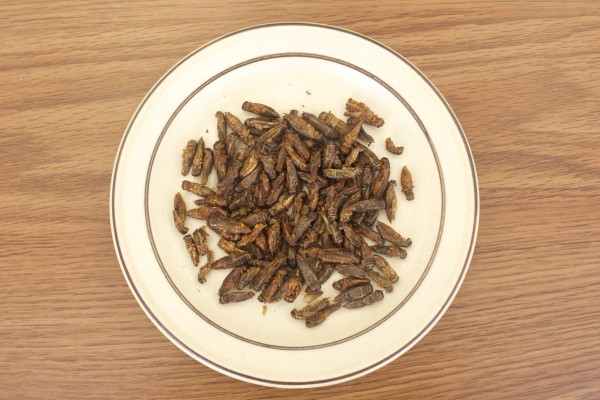 Bugs for Dinner, a new business based in Freeport, has set out to introduce Maine people to the world of edible insects. Crickets, mealworms, grasshoppers, ants — these protein-packed creepy crawlies may just become the next new superfood.

“As far as I know, we’ll be the first insect farmers in Maine,” said Bill Broadbent, who created Bugs for Dinner with the help of his family.

The official website, bugsfordinner.com, launched in late January with an event at the Freeport Public Library. During the presentation, attendees were given the chance to try cookies and energy bars made with cricket flour (essentially dried, milled crickets). And for the most daring of the crowd, there were plates of whole crickets, baked and covered in chocolate or dusted with spices.

As can be expected in a culture where eating insects is considered taboo, only about 50 percent of the attendees stepped forward to try a whole cricket.

“We are trying to change people’s attitude toward it,” Broadbent explained. “Here in Maine, we’re already known for eating bugs — bugs of the sea — lobsters.”