You love lobster, so why not grasshopper tacos and kelp pasta? 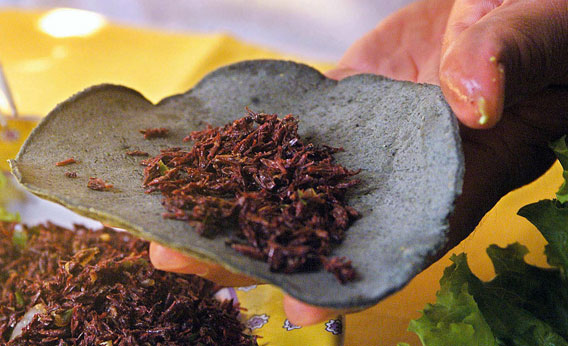 About 200 years ago, the lobster was regarded by most Americans as a filthy, bottom-feeding scavenger unfit for consumption by civilized people. Frequently ground up and used as fertilizer, the crustacean was, at best, poor people’s food. In fact, in some colonies, the lobster was the subject of laws — laws that forbade feeding it to prisoners more than once a week because that was “cruel and unusual” treatment.

Things obviously changed for the one-time prisoner’s grub. It’s a gastronomic delicacy, the star of festivals, subject of odes to New England summers, a peer of prime rib.

The rise of lobster (as described in David Foster Wallace’s brilliant Gourmet piece “Consider the Lobster“) is a tale of hope, a shining example of triumph over the yuck factor.

READ THE FULL ARTICLE ON THE BANGOR DAILY NEWS